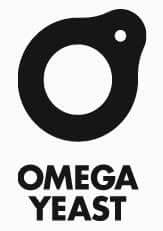 Isolated from our Hornindal Kveik (OYL-091) culture, Lutra is shockingly clean with unrivaled speed when pitched at 90°F (32°C).

The strain is perfect for brewing a refreshing pseudo-lager without the lead time of a lager. Lutra is your worry-free way to navigate the evolving demand for cold ones.

Lutra™ is a recently-discovered hidden performer within the historic Hornindal blend. It was suspected to be the surprise star of a professional brewer’s Helles, brewed with the full Hornindal blend.

Capable of producing a clean canvas, Lutra™ was isolated and analyzed by our brewing scientists.

Less ester-expressive than any other kveik we have encountered, Lutra retains the kveik ability to ferment favorably at very high temperatures relative to other European-origin strains, and therefore with unusual speed:

Our tasting panel described a sample Helles brewed with the Lutra™ isolate as clean, crisp, dry, grainy, and “lemony dough.”
According to a battery of test brews, Lutra maintained an ultra-clean profile when fermented at 68°F – 95°F.
For the most lager-like profile, ferment between 68°F – 72°F.

Playing off of the traditional drying practices Norwegian brewers use to preserve their kveik cultures, Omega Yeast is excited to announce Lutra® Kveik in a new dried format. Dried Lutra is the shockingly clean and versatile kveik strain brewers welcomed last year, now easily accessible worldwide because of its shelf-stability in dried form.

Lutra’s neutral canvas ferments fast at high temperatures and to a very high ABV. It’s suitable for almost any English or American beer style and its versatility makes it possible to produce high-octane barleywines, imperial stouts, unbelievably refined pseudo-lagers and neutral hard seltzer bases. You name it, Lutra can do it — faster.

Omega Yeast was the first yeast company to make Norway’s remarkable heritage yeast (kveik) commercially available to North American brewers, after it was brought to the world’s attention by Lars Marius Garshol’s famous Larsblog. Kveik’s unheard-of wide fermentation ranges, high heat and high alcohol tolerance, and fast fermentation speeds has made it a sensation, because of its ability to finish in-demand beer styles in less time without sacrificing quality.

Lutra is Omega Yeast’s fifth kveik strain, released first a little less than a year ago in liquid form. It is unlike other kveik in Omega Yeast’s catalog. Omega Yeast’s other kveik strains have a range of desirable, expressive, fruity ester profiles that support new-world hops and boost tasty complexity in popular hop-driven styles. Lutra, on the other hand, is celebrated for being ‘shockingly neutral’ while still carrying kveik’s brewing advantages.

The decision by Omega Yeast to offer Lutra now in a dried format was inspired primarily by traditional Norwegian brewing, since traditional brewers in Norway are known to hang yeast out to dry in between batches on reticulated wooden rings. It’s such an extraordinary practice that the ring itself has become a popular emblem for kveik.

“Extreme brewing conditions, including high fermentation temperatures, and drying for use in subsequent batches are generally credited with selecting the flexible traits that make kveik cultures unique in brewing,” said Dr. Laura Burns, Director of Research & Development at Omega Yeast.

“It was a lucky permutation that put both this wild-type heat advantage and its domesticated clean character together, a combination of features most of us never imagined was out there before hearing about kveik. And all of this while retaining its ability to be dried, something that many of today’s domesticated yeast have lost along the way,” added Lance Shaner, PhD microbiologist and Omega Yeast co-founder.

Before Dried Lutra, brewers looking for kveik’s speed advantage and flexibility in dried yeast were working with dried kveik strains with much more expressive ester character.

“Many kveik strains bring fruity fermentation profiles that make them well suited for certain styles,” said Dr. Burns. “Lutra’s more neutral profile means you can use it in a wide variety of styles. This combined with the ability to ferment fast and clean, makes Lutra a great strain to have on hand”.

Brewers worldwide have tried their hand at drying kveik and sharing flakes with each other by mail. For the professional brewer, home-dried yeast is not as reliable or consistent from batch to batch, something that is needed for producing commercial beer at brewery scale. That’s where Dried Lutra comes in. It is now even more accessible, especially for international brewers, now that it’s available in a shelf-stable format.

Omega Yeast reports that many brewers have already been eagerly anticipating this moment. “So many people are going to be excited to see Lutra as a dried yeast.” said Omega Yeast’s other co-founder, Mark Schwarz. “Lutra in dried form will bring a lot of flexibility. And it’s coming out just in time to be a hit before the Brewers Association’s Craft Brewers Conference in September, where we’ll have a few other original yeast strains to talk about, so we’re really looking forward to it. We’re always developing new strains — that’s where our passion for what we do really shows. We never stop innovating. And it’s so rewarding to be able to share it with brewers in person, to have a two-way conversation about how it’s making their lives easier or offering something new, and what that means to them. We anticipate another new strain of ours, called Cosmic Punch, will also be getting a lot of attention.”

We are passionately in support of local craft. We want to make sure brewers can spend as much time brewing as possible, refining recipes and experimenting with new beer styles. We are unified in our purpose of growing fresh, healthy and metabolically strong yeast and innovating strains and blends that are consistently working for you. To your garages. 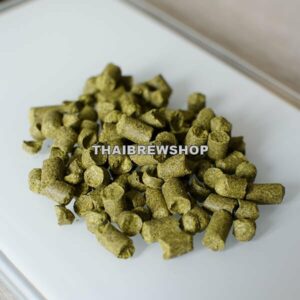