Only 2 left in stock

Brewer’s Gold – is primarily a bittering agent and commonly used in lighter style ales, although it works well in lager beers as well. Their intense black currant spice aroma finds traction in Belgian ales. Typical alpha: 8.5-9.5%. Resiny and spicy bittering hop for use in a variety of beers from English ales to German styles and farmhouse ales. Brewer’s Gold also carries a relatively high overall oil make up including high levels of Myrcene (37% – 40%), Humulene (29% – 31%), and Caryophyllene (37% – 40%) oils. 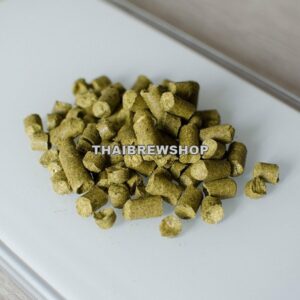